Atlantic Books has acquired UK Comm (ex. Canada) rights to a new book by John Kampfner, author of the Sunday Times bestselling Why The Germans Do It Better: Notes From A Grown-Up Country.  Publishing Director for Non-Fiction Mike Harpley bought Berlin: A Story of Redemption and Reinvention in a substantial pre-empt from Karolina Sutton at Curtis Brown.

Berlin should never have become a world metropolis. For centuries, history passed it by. Its geography and topography spell trouble. The city arrived from nowhere, with no connection to the great civilisations. Over the subsequent centuries, few of the great figures who visited or stayed had much good to say about it. This was a place where the traumatised gathered – and still gather – and where traumas were unleashed.

Yet now it is the destination to which many people from around the world are now flocking. For the first time in its history, it is at ease with itself as a magnet for bohemians and business alike. This will be a history like no other. It will tell the tale of a turbulent city that in spite of itself draws people into its eccentric life, its buildings, streets, and neighbourhoods.

John Kampfner is an award-winning author, broadcaster, and foreign-affairs commentator. Formerly editor of the New Statesman, he is a regular TV and radio pundit, documentary maker, and author of six previous books.

‘John’s last book Why the Germans Do it Better captured a moment in the British psyche and has been a huge bestseller and a Waterstones non-fiction book of the month. This book will have the same compelling blend of history, travel, and current affairs. It will be a major title for us.’

‘Berlin is a city that has always mesmerised me, from the moment, as a young reporter, I saw the wall came down. I’m delighted to be working with Mike and the team at Atlantic on our second joint Germany venture.’

Berlin: A Story of Redemption and Reinvention will be published in hardback, trade paperback, and eBook in Autumn 2023. 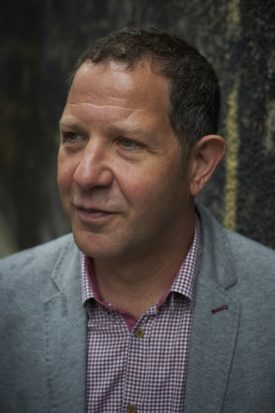