Home > News > Atlantic to publish Among the Trolls by Marianna Spring

Atlantic to publish Among the Trolls by Marianna Spring

Atlantic Books has acquired UK Comm (ex. Canada) and audio rights for the debut book by the BBC’s first specialist disinformation and social media reporter Marianna Spring. Publishing Director for Non-Fiction Mike Harpley bought Among the Trolls: Notes from the Disinformation Wars in a hotly contested three-way auction from Trevor Dolby at Aevitas UK. It is due for publication in Autumn 2023.

Why do otherwise intelligent people believe that COVID vaccines contain microscopic computer chips? How did the idea that the US election was rigged become mainstream? Is Westminster being run by a shadowy collective of ‘deep-state’ operatives? Every day, Marianna Spring investigates the murky world of conspiracy theories and trolling online. In this gripping book, she takes the reader down the rabbit hole to explore why falsehoods spread and why so many are drawn into their net, drawing on her experience on the frontline of online disinformation. From the bystanders who unwittingly become conspiracy posterchildren to the trolls who abuse her online, Marianna meets the real people behind the social media accounts. Shocking, witty, and incredibly timely, this is a powerful insight into one of the most sinister threats in modern society.

Marianna Spring is the BBC’s first specialist disinformation and social media reporter, who investigates the real-life consequences of viral conspiracy theories, falsehoods and abuse shared on social media. Her journalism appears across TV, radio and online for News and Current Affairs, including for BBC News at Six and Ten, Panorama, Newsnight, Radio 4 and World Service. Most recently she was included in the Forbes 2021 list of 30 Under 30 in Media and Marketing.

‘Marianna is a formidable talent and a hugely impressive reporter. In a short time, she’s rapidly become one of the most prominent faces in BBC News, appearing on air 280 times in 2020. But she’s also very empathetic and adept at getting people to open up. It is the on-the-ground stories that will make this book something truly special.’

Among the Trolls: Notes from the Disinformation Wars will be published in hardback, trade paperback, and eBook in Autumn 2023. 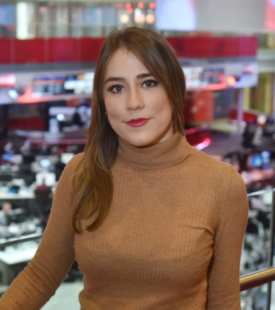