Atlantic Books has acquired UK Comm (ex. Canada) rights to writer and critic Tomiwa Owolade’s first book. Publishing Director for Non-Fiction Mike Harpley bought This is Not America: Why We Need a New Conversation about Race in a heated five-way auction from Toby Mundy at Aevitas Creative Management. Atlantic teamed up with Dominic White at W. F. Howes who bought UKBC Audio Rights.

Owolade argues that too much of the debate about race in Britain has been viewed through the prism of American experiences and history that don’t reflect the challenges — and achievements — of an increasingly diverse black British population. In the wake of the killing of George Floyd, it is of course good that there’s a more widespread desire to talk about race and amplify black voices. But this is not always accompanied by any granular understanding of black British life: its distinctiveness from black American culture; its internal diversity; the challenges black communities here face; and the social, political, and cultural progress they are making.

Britain is a place in which pernicious racism still exists and some people face terrible prejudice. But it’s also a place in which black Britons under thirty have better mental health than their white British compatriots (in stark contrast to the awful mental health endured by a generation of older black British men)— and also earn more than white Britons under thirty. Despite America’s cultural influence, Britain is not America. His book frames new questions for different kinds of conversation about black British life. Provocative, empathetic, and empirical, this agenda-setting book will inject nuance into what has become a hugely divisive and controversial discussion.

Tomiwa Owolade is a writer and critic. He writes about literature, politics, sport and identity for The Times, Sunday Times, Financial Times, Spectator, Evening Standard, Literary Review, and he is a Contributing Editor at UnHerd. He has also appeared on BBC Radio 4 discussing some of the ideas in the book. He lives in London.

‘The best non-fiction takes on accepted wisdom and turns everything on its head. This is Not America did that for me and Tom’s powerful discussions on Black British life are sure to attract attention and debate. He is a hugely talented writer with a fantastic career to come.’

‘I’m very excited to work with Mike and the teams at Atlantic and W. F. Howes. This is a topic I’m passionate about, and the enthusiasm from Atlantic Books for the book has really impressed and inspired me. My aim is to make the book informative, engaging and entertaining — and to move the conversation about race in Britain to a more nuanced place.’

This is Not America: Why We Need a New Conversation about Race will be published by Atlantic in hardback, trade paperback, and eBook, and by W. F. Howes in audio in Spring 2023. 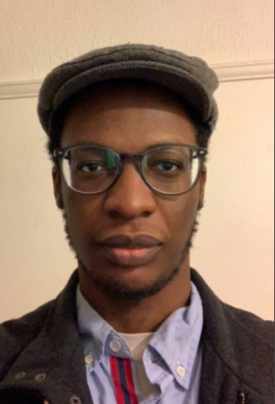