Intrepid explorer of Borneo, prolific author of more than 50 books and eccentric chef.

When Guy Arnold was asked at a party what he was going to do when he left Oxford University, he drew languidly on a cigarette while his eyes fell on a map of the world and rested on Borneo. He announced to the room that he was going to explore the island’s hitherto uncharted interior.

He was as good as his word. In 1955 he led an expedition of four Oxford graduates to the unmapped Usun Apau Plateau and along the Plieran River in the north of Borneo. Sheer escarpments and plunging gorges rendered the volcanic plateau almost inaccessible. Arnold navigated it by canoe and foot, living among the nomadic Penan people and collecting folk tales. Guides were bribed with tobacco, such was their reluctance to enter an area where half an hour’s rainfall on the river could be fatal.

Arnold’s account of the adventure, Longhouse and Jungle, was the first of more than 50 books he wrote. The most acclaimed was Africa: A Modern History (2005), a tour d’horizon of the continent since the Second World War over 1,100 pages. Corruption, civil wars,coups, genocide, one-party states,poverty, famine — not to mention young nation states being used as proxies in the Cold War and the “neocolonialism”of the World Bank and the IMF— all came under the scrutiny of Arnold’s pen as he anatomised Africa’s often sad quest for self-determination. “I felt there was room in the market for a big single-volume history of postwar Africa and its emergence from the colonial yoke,” said Toby Mundy, Arnold’s publisher at Atlantic Books. “It’s exactly the subject most writers would run screaming from. Guy, to my utter amazement, was thrilled.”

Stern of face, but with a gallery of comical expressions and rather bulging eyes, Arnold had his own place in the narrative. As a young educationist he had advised Kenneth Kaunda, president-elect of what would soon be independent Zambia in 1964.

After founding a National Youth Service in Zambia, Arnold soon left, believing that such services should be run by Zambians. By then he had caught malaria. He convalesced at the Zambian home of Sir Stewart Gore-Browne, the soldier and politician, who treated the life-threatening disease with red wine.

In 1968 Arnold replaced the Rev Michael Scott as director of the Africa Bureau, which had been established in 1952 by Scott and David Astor to lobby the British government on behalf of Africans who had been mistreated in their home nations. Scott, allegedly under pressure from the British Foreign Office and the CIA (both donors to the bureau), had been trying to persuade Kaunda and Julius Nyerere in Tanzania to open dialogue with South Africa and Rhodesia. Arnold put a stop to such notions, insisting that it was not the right time to speak to what were still repressive, white-supremacist regimes.

Guy Arnold was born in Birkenhead, Merseyside, in 1932. His father, George Arnold, was a dashing young naval officer and First World War veteran who had been quietly pensioned out of the navy in 1925 after “blotting his
copybook” and thereafter worked in a succession of gardening and maintenance jobs. His mother, Margaret Shaw, was the daughter of a prosperous businessman in the North West.

Guy’s early years were happy, but punctuated by his father’s drinking bouts, which tended to consume all the household’s money. After his mother died of an asthma attack in 1943, Guy boarded at Kingham Hill School in the
Cotswolds — it would later form the backdrop of an acclaimed quartet of novels, the Coppinger Chronicles, written by Guy’s brother Bruce.

Guy completed his education at Chipping Norton grammar school, and after National Service in the army, took up a place St Peter’s College, Oxford, to study history. An excellent debater, he prospered in the Oxford University Conservative Association and was voted in as president for the Hilary term of 1955. Arnold, along with his fellow Oxford Conservatives Michael Heseltine and Julian Critchley, canvassed for the Tories at the gates of a Barrow-in-Furness shipyard before the 1955 general election in what was then a marginal seat.

Like Heseltine and Critchley, who would go on to have long careers in Westminster, Arnold had ambitions to become an MP, but soon realised that he would be unable to follow party dogma. For five years from 1958 Arnold taught in Canada, first at Pickering College in Ontario and then at Ryerson University in Toronto. He travelled widely through the British Commonwealth with his young charges.

As a child he had loved the books of GA Henty, the Victorian novelist and war correspondent whose work celebrated the British Empire. His experience on the ground dispelled such hidebound romanticism. He later said that seeing the way indigenous people were treated in colonial settings made him determined to support independence of African territories, united by an equitable Commonwealth.

Although he became increasingly liberal-minded, Arnold had seen enough on his travels to have developed a dim view of human nature, a pessimism tempered by a sardonic, sometimes black, sense of humour.

After completing his work for Kaunda in 1964, Arnold drove the 7,150 miles from Zambia to Britain in a Land Rover. When the engine gave out on remote desert tracks he would rely on the kindness of passing strangers to help him to find the nearest mechanic.

Arnold rented a flat in Marylebone, central London. It would be his home for the next 53 years between many adventures, which included riding across Turkey on a donkey in the late 1980s and, when he was in his late seventies, circumnavigating the coast of the Baltic states while rereading Homer’s Iliad. Among Arnold’s varied oeuvre were The Last Bunker: A Report on White South Africa Today (1976) and The International Drugs Trade (2005).

His only constant companions in life were a succession of frenetic cats. He did, though, host lavish dinner parties, at which the only inviolable rules were that the debate was fierce and the wine good as well as plentiful. Arnold would cook unaided — sometimes seven courses for more than 25 guests. Some of his methods were eccentric. He once soaked a haunch of venison in Coca-Cola for 48 hours, insisting that it was the best way of tenderising the meat.

In later years he lectured on international affairs at the University of Surrey, where he would posit bombastic views about how global powers should respond to the world’s problems and invite allcomers to challenge him. He was particularly scornful of any notion of a “special relationship” between Britain and the US. In one of his final books, America and Britain: Was There Ever a Special Relationship? (2014), he dismissed the concept as a “sickness in the body politic of Britain that needs to be flushed out”. While researching the book he had tried to interview a number of former foreign secretaries, but was turned down. He claimed that proved his point.

One of his best travel books retraced the journey of George Borrow, a British author who travelled across the Catholic Iberian peninsula in 1835 and distributed Protestant bibles. There was something in the singular, madcap adventure that Arnold identified with. In his book In the Footsteps of George Borrow: A Journey Through Spain and Portugal (2007) Arnold described attempting to walk a stretch of the Camino de Santiago pilgrimage route, but in the wrong direction. When a pilgrim told him that he was going the wrong way, Arnold replied firmly: “It’s my way.” 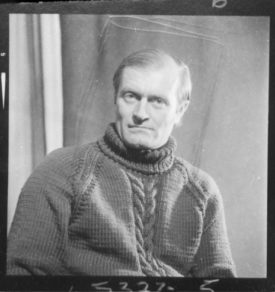