Ryan Howard’s third novel, Rewind, reached number two in the Irish Times original fiction chart last autumn, and will appear in paperback in May. Her debut, Distress Signals, was shortlisted for the CWA John Creasey/New Blood Dagger and her second novel, The Liar’s Girl, was nominated for a Best Novel Edgar. The first novel in this new deal, As Told To, will be published in autumn 2021, following The Nothing Man this August.

The Nothing Man tells the story of Eve Black, a survivor of a serial killer who has turned her obsessive search for his identity into a bestselling true crime book. Jim Doyle, part-time supermarket security guard, has just got his copy. As both Jim and the reader make their way through Eve’s book, we see Jim’s rage grow – because he is the Nothing Man, and he knows Eve is getting dangerously close to the truth. He has no choice but to stop her before she reveals it.

‘The team at Corvus are fantastic to work with and I’m delighted that our relationship will continue for at least two more books. We’ve been together since my debut, Distress Signals, and I appreciate the faith they’ve shown in me and my writing. I’m excited to see what the future holds.’

‘I am so pleased that we have agreed a new deal with Catherine’s new editor at Corvus, Sarah Hodgson.  Catherine is an extremely talented crime writer whose reputation is building and I know Corvus will do all they can to help Catherine reach her full potential.’

‘I could not be more delighted to have secured two further novels from the hugely talented Catherine Ryan Howard. With every novel she manages to come up with a fresh take on the thriller genre, and she goes from strength to strength with each book she writes. I have no doubt that As Told To and its follow up will continue this trajectory and cement Catherine’s position as a linchpin of the Corvus list.’ 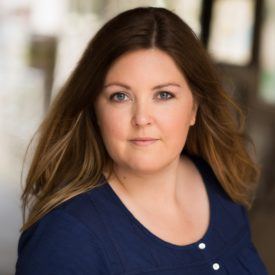