Atlantic Books has acquired The Suffragette Surgeons of Endell Street by Wendy Moore, the inspiring story of two pioneering suffragette doctors. Television/dramatic rights have also been acquired by the makers of Poldark and Victoria.

Wendy Moore’s book tells the forgotten story of Flora Murray and Louisa Garrett Anderson, two pioneering suffragette doctors, and life partners. In 1915 they were invited by the War Office to establish a major military hospital in Covent Garden in the heart of London. The 570-bed hospital was staffed entirely by women – including all the doctors, nurses and orderlies – who treated 32,000 returning soldiers wounded on the battlefields of Europe between 1915 and 1919.

“I am thrilled that Atlantic Books will be publishing my book on the Endell Street Military Hospital. This is a truly wonderful story about many inspiring women who saved the lives of countless soldiers wounded in the Great War. Known both for their professional skills and their nurturing approach, these women mended broken bodies and healed fractured minds. I feel very privileged to be able to tell their story.”

“The Suffragette Surgeons of Endell Street is a landmark work in the history of medicine and an inspirational, heart-warming great British story of a great British institution. The achievement of Garrett Anderson and Murray and their passionate, principled (but unjustly forgotten) team of women is absolutely remarkable. They defied the odds, they defied the patriarchy and they fulfilled the Suffragette creed of ‘deeds not words’ in a positive and progressive way. I couldn’t be more delighted that Atlantic will be bringing Louisa and Flora’s story to readers.”

The Suffragette Surgeons of Endell Street will be a lead Atlantic hardback, publishing in Spring 2020. 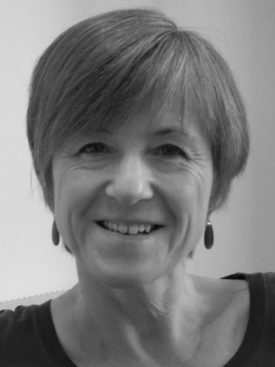