Michael Honig, author of ‘The Senility of Vladimir P’, is blogging a satirical novel, told from the perspective of the portrait of George Washington hanging in the White Hoouse. Read Chapter 1 below and follow Larry’s adventures over on Michael’s website. As Larry might say: ‘This is gonna be so great!”

Inauguration Day … Into the White House steps a new president, the like of which the world has never seen.  But unbeknownst to him – unbeknownst to any previous occupant of the Oval Office – he is being watched, even in his most private moments. Thanks to a curse by Thomas Jefferson, the painting of George Washington that hangs above the Oval Office fireplace not only stares, but sees. It not only listens, but hears.  And so begins the most unlikely of confrontations, between the Father of the Republic and the half-showman, half-huckster who has just had himself elected.

Michael Honig’s ‘The Senility of Vladimir P’ is published in paperback on 2nd March. 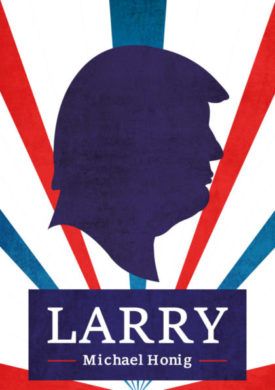