Atlantic Books is to release new mass-market paperback editions of twelve of Christopher Hitchens’ works, including God Is Not Great, Hitch-22 and Mortality, with striking new cover designs. 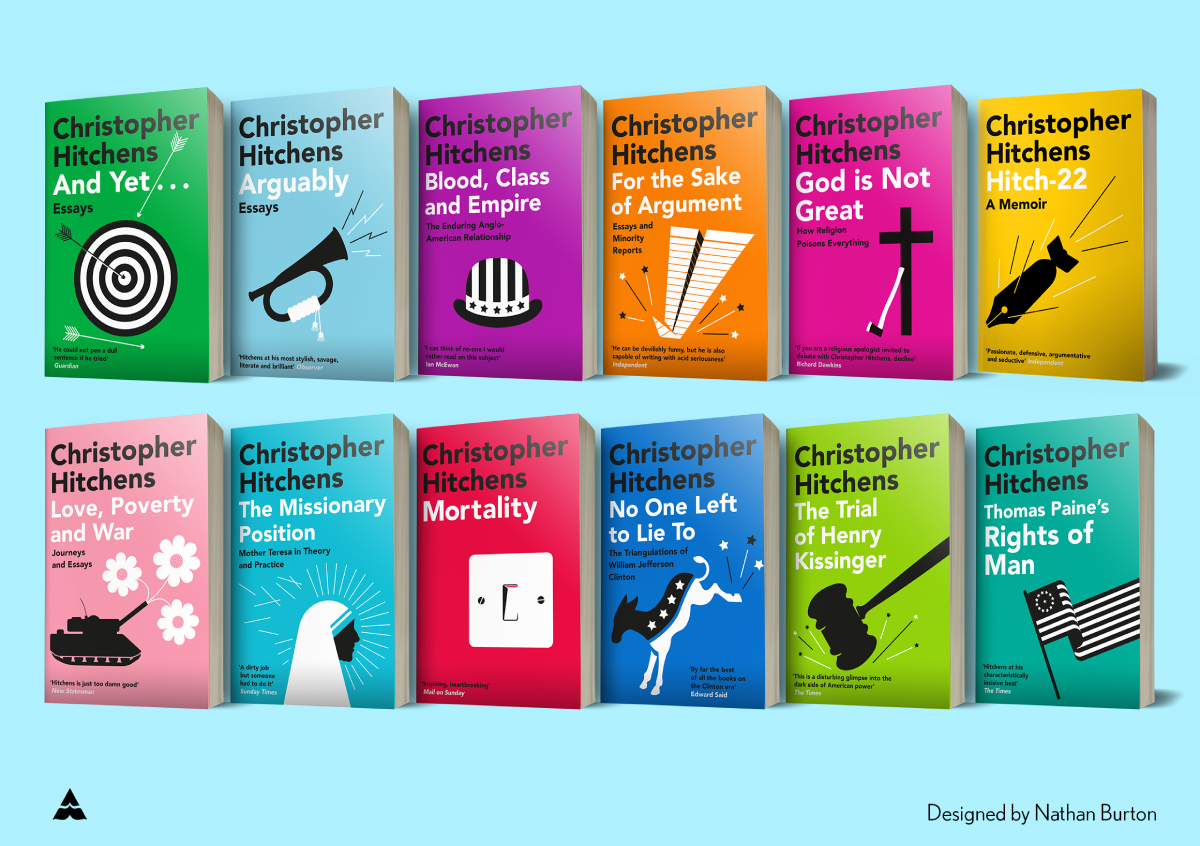 Christopher Hitchens (1949-2011) was a contributing editor to Vanity Fair and Visiting Professor in liberal studies at the New School in New York. He was the author of numerous books, including works on Thomas Jefferson, Thomas Paine, George Orwell, Mother Theresa, Henry Kissinger and Bill and Hillary Clinton, as well as the international bestseller and National Book Award nominee, God Is Not Great.

Hitchens’ works have sold 445,656 copies through Nielsen bookscan since his death. Atlantic Books M.D. Will Atkinson says: ‘Looking across the whole of Hitchens’ vast range of work is to see a truly dazzling display off erudition, acuity and bravura. He was one of the finest and bravest thinkers and writers of his generation.’

Atlantic Books will publish all twelve paperbacks in May 2021 supported by a digital marketing campaign.