Atlantic to publish ‘Chief of Staff’ by Gavin Barwell

Atlantic Books is to publish Chief of Staff: My Time as the Prime Minister’s Right-Hand Man by Gavin Barwell next year.

Gavin Barwell was Downing street chief of staff to former Prime Minister Theresa May, following the general election in June 2017. Now sitting in the House of Lords, he was an MP for Croydon Central from 2010 until 2017.

Described as an “invaluable and gripping insider record”, the memoir documents Barwell’s time as May’s former chief of staff. The synopsis explains: “He was by her side when she negotiated her Brexit deal, met Donald Trump, heard about the poisoning of the Skripals in Salisbury, made the decision to authorise the use of military force in Syria, met Jeremy Corbyn and Keir Starmer to broker a cross-party Brexit agreement – and ultimately made the decision to stand down as Prime Minister. And at a time of intense interest in the current prime minister’s former chief adviser, Dominic Cummings, and the person who the prime minister will now appoint as chief of staff, this book will also provide a unique insight into this powerful role.

Commenting on the deal, Barwell said:

“I’ve agonised over whether to write this book for over a year. Doing so will bring back some painful memories because whatever other roles the chief of staff to the prime minister may have their primary responsibility is to keep the prime minister in office. But the existing accounts of those turbulent two years are second-hand, at best partial and at worst get important details wrong. I am looking forward to working with Mike to set out what really happened. And I hope too to give a timely insight into how Britain is really governed behind that famous black door, the position of chief of staff and the overly dominant role advisers now play in our political life.”

“Gavin’s time as the PM’s chief of staff coincides with some of the momentous events in recent political history. He was often the only person in the room aside from May herself, so this book will contain some surprising revelations. However, more than that, it is a fascinating insight into how government works (and doesn’t work) during times of crisis.”

The book will be published in hardback and e-book in September 2021. 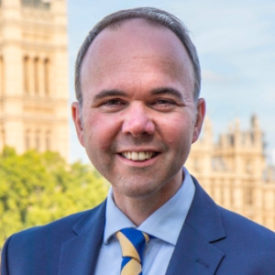