We are sad to announce that author and activist Achmat Dangor has died at the age of 71.

Achmat Dangor, who had published four novels, was born and lived in Johannesburg. He was shortlisted for the Booker Prize and Impac in 2003 for Bitter Fruit, which was an international bestseller.

In 2015 he was given a Lifetime Achievement Award by the South African Literary Awards (SALA).

He lived in Johannesburg, South Africa, with his wife, Audrey, and young son Zachary, and devoted his time to his writing. 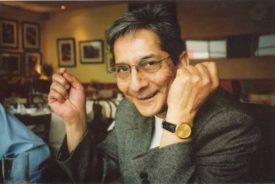