Corvus has acquired rights to The Favour by Laura Vaughan, plus a second novel.

The Favour tells the story of eighteen-year-old Ada Howell, who feels that the gilded life she deserves has been denied to her after she is forced to move from her idyllic country house in Wales to suburban London following the death of her wealthy adoptive father.

When Ada’s eccentric godmother gifts her with an exclusive gap-year art history trip to Italy, she finally finds herself amongst the kind of people she aspires to be: sophisticated, cultured, privileged. Ada does everything in her power to prove she is one of them, and when one of the group dies in suspicious circumstances she spots an opportunity to permanently bind herself to these glamorous new acquaintances by burying a secret. But everything hidden must eventually surface, and when it does, Ada discovers she’s been keeping a far darker secret than she ever imagined…

The author was inspired by her childhood in the Welsh countryside and her own gap-year art-history tour of Italy, although thankfully that trip did not involve any fatalities. She has written eleven novels for children and Young Adults under the name Laura Powell, and The Favour is her first novel for adults. Corvus will publish in hardback and ebook in March 2021, with a paperback to follow.

‘The Favour is a wonderfully immersive read that grips the reader from the very start with its seductive tale of social climbing set in stunning Italian locations. It will appeal to readers who enjoyed Donna Tartt’s The Secret History, or The Party by Elizabeth Day. Laura is a hugely talented writer, and I’m delighted to welcome her to the Corvus list. The Favour will be a lead title for Corvus in 2021 and we are already working on exciting plans for its publication.’

‘I am absolutely thrilled to be joining the Corvus list. It looks like Ada’s social scheming has paid off – she’s found the perfect home.’ 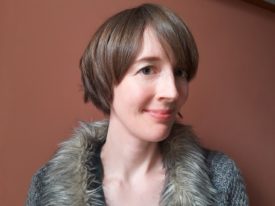