‘The Narrow Land’ is shortlisted for the Walter Scott Prize

The Narrow Land is a novel of loneliness and regret, the legacy of World War II and the ever-changing concept of the American Dream, and centres around the marriage of artist Edward Hooper.

This year’s judging panel is chaired by Katie Grant, who succeeds Alistair Moffat in the role, and also comprises  Elizabeth Buccleuch, James Holloway, Elizabeth Laird, James Naughtie and Kirsty Wark. In a joint statement, they said:

“In times of crisis, historical fiction is both reassurance (nothing is completely new) — and escape, so it’s with almost medicinal pleasure that we unveil the eleventh Walter Scott Prize shortlist which offers, we hope, a measure of both.

The prize-winner is traditionally announced at the Baillie Giffords Borders Book Festival in Melrose, Scotland. 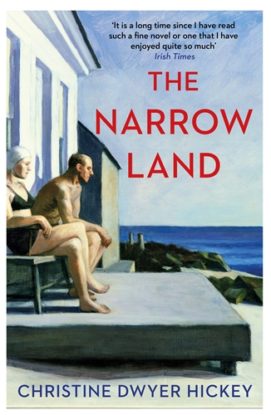