Atlantic Books to publish ‘Maps of Desire’ by Eleanor Morgan

Atlantic Books is to publish Maps of Desire, a book that aims to truly understand the myriad forms of female sexual desire, by Eleanor Morgan.

Maps of Desire, a book based on in-depth interviews with a diverse group about their desires, sexual pasts, presents and their fantasies, will progress the conversation about women’s intimate worlds. In the aftermath of #MeToo, stories about female desire and agency are being examined in a different light. But where are the books that move beyond white heteronormativity? Who is asking, in mainstream literature, what women who have sex with women want? Trans women who identify as heterosexual? Lesbians who fall in love with trans men? Bisexual women of colour? Are there common threads of female desire, like the exploration (and pushing) of power dynamics, or is lust too infinitely complex and idiosyncratic to be categorised?

Eleanor Morgan has written and interviewed extensively for numerous publications, including the Guardian, The Times and VICE. As well as being a writer and journalist she’s also training as a psychologist. Eleanor’s first book, Anxiety for Beginners: A Personal Investigation was published by Bluebird in 2016. Her second book, Hormonal: A Conversation About Women’s Bodies, Mental Health and Why We Need to Be Heard, was published by Virago in July 2019.

‘I am so thrilled Atlantic saw potential in this book and the opportunity to move the discussion of female sexuality away from the straight, white woman as default. We codify so much through sex. I hope by giving a diverse group of women the opportunity to talk about their desires, sexual pasts, presents and fantasies, the finished book will help progress the conversation about women’s intimate worlds, with all the mess, pain and glory they involve. It’s time women controlled the narrative.’

‘When Eleanor’s proposal dropped into my inbox it was thrilling to read something which represents a spectrum of sexualities in all their messy glory and myriad forms. Eleanor’s sensitivity, rigour and humour promise to make this an unmissable read in 2022.’

Maps of Desire by Eleanor Morgan will be published in hardback and eBook in January 2022. 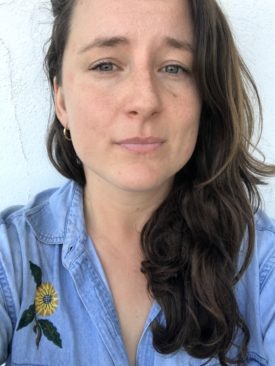