Corvus, an imprint of Atlantic Books, is delighted to announce their recent acquisition of World Rights for The Bastille Spy, plus a second, untitled novel, by C.S. Quinn from Piers Blofeld at Sheil Land. Quinn was previously published by Amazon and swiftly established herself as a major bestselling author in digital, selling hundreds of thousands of copies.

With her move to Corvus, C.S. Quinn is launching a new series, starring a female spy operating during the fevered atmosphere of the French Revolution. The novel was acquired at auction jointly by Sara O’ Keeffe and Susannah Hamilton, with plans to publish in print and digital in the autumn of 2019.

‘I am beyond thrilled to be joining such a dedicated and hard-working publisher. There was really never any contest after meeting the team at Corvus. They demonstrated such incredible warmth and expertise, I knew I’d be in great hands.’

‘Amazon have done a brilliant job establishing Cath as an author in digital, selling hundreds of thousands of copies of her books and making Cath a regular at the top of their charts. I’m really thrilled that Sara and Susannah will be driving Cath into the next phase of her career and establishing her as a bestseller in print as well as digital.’ 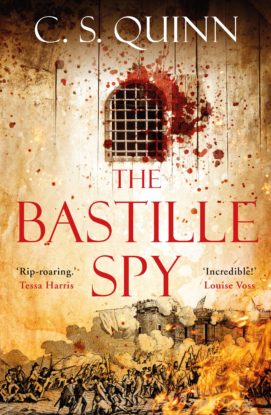