Long-serving MP, Minister and key member of the Coalition, Vince Cable has now become a novelist. No surprise that Open Arms is set in Westminster, with Kate Thompson – a glamorous housewife-turned-MP – at its centre. Her meteoric rise saw her become a Minister and become embroiled in intrigue and passion. So how did Vince get taken down this creative road? And will he have anything to say on events of the last two years? Find out from the man himself.

Vince Cable is MP for Twickenham, and also served from 1997-2015. He was the Liberal Democrat’s chief economic spokesperson from 2003-2010, having previously served as Chief Economist for Shell from 1995-1997. He was Business Secretary under the Coalition Government from 2010-2015. Cable has published three non-fiction books with Atlantic to critical acclaim: Free Radical, The Storm, and After the Storm. Open Arms is his debut fiction novel. 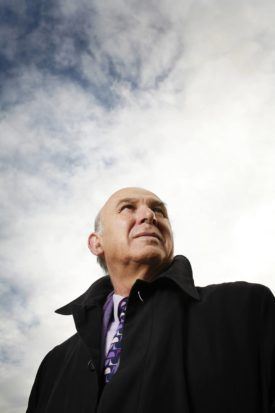