The seas of our planet cover more than seventy percent of the Earth, but still remains shrouded in mystery. We know more about the surface of the Moon than we do about the lifeforms that have existed in the Earth’s oceans since long before humans became explorers of the deep.

Blowfish, a marine biologist and star presenter of BBC Earth and ITV’s Fishing Impossible, reveals some of the fascinating facts that lurk beneath the waves, from the invisible world of meiofauna living in the sands of our beaches to a cephalopod called the ‘Vampire Squid from Hell’ stalking the lightless depths. 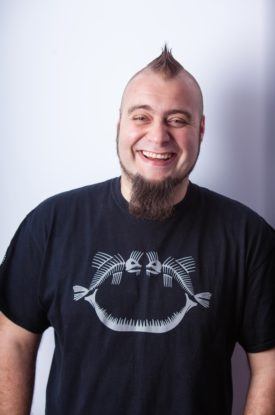