Fellow novelists and biographers Tatiana de Rosnay and Justine Picardie discuss the life of Daphne du Maurier and the influence her work has had on them and others.

In Manderley Forever: The Life of Daphne du Maurier, de Rosnay pays homage to a writer who has influenced her deeply. She looks at du Maurier’s childhood, her rebellious teens, early years as a writer, the complexities of her marriage and a cantankerous old age. In particular, de Rosnay sheds new light on du Maurier’s early life in Paris and the importance of her French heritage on her subsequent work. De Rosnay is aq French journalist, screenwriter and author of ten novels including the international bestseller Sarah’s Key, made into a film starring Kristin Scott Thomas. Le Figaro ranked her as fifth most read author in France in 2011.

This event is one of a series devoted to writers past and present associated with Harper’s Bazaar to mark the 150th anniversary of the magazine. 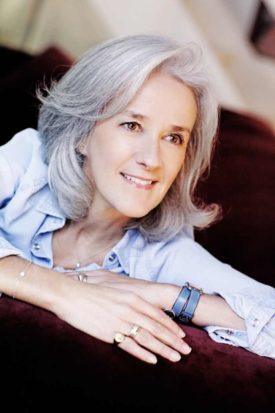