One-time art forger Shaun Greenhalgh explains how he managed to fool some of the world’s greatest museums with work produced out of a shed in the garden of his parents’ council house.

Greenhalgh wrote the account of his forger’s life while serving a four years and eight months prison sentence handed down to him by Bolton Crown Court in 2007. The court case caused a sensation at the time as the scale of his forgery was revealed – from Leonardo drawings to Lowry paintings and Anglo-Saxon brooches.

The Metropolitan Police labelled Greenhalgh ‘the most diverse art forger known in history’. The Victoria and Albert Museum held an exhibition of his works in 2010. He now sells his imitations legally.

Here he talks to well-known art critic, television documentary producer and presenter Waldemar Januszczak, a former arts editor of the Guardian and former head of arts at Channel 4. 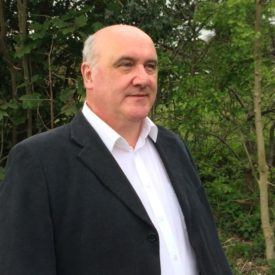