Recent years have seen an extraordinary explosion of work with regards to Zimbabwe’s violent political history, by inter alia the film maker Zenzele Ndebele, public intellectuals and cultural leaders such as Pathisa Nyathi and Kgosi Nyathi (museums, biography, cultural centres), journalists such as Mkhululi Sibanda, and a range of young activists who have regularly engaged in public performance and protest around this history. Novuyo Rosa Tshuma’s critically acclaimed novel House of Stone is a direct and unflinching contribution to this broader public, cultural production. Tshuma has spent recent months in Zimbabwe and South Africa embedded in these networks and playing a role in directly challenging not only state narratives regarding the past but also aiding, hand in hand with this wider network of public intellectuals and artists, a public telling of ordinary people’s complex stories about this past, which have often been relegated to private spheres or not spoken about at all.

Hailed by Hailed by Helon Habila in the Guardian as a narration not only of  ‘Zimbabwean history, but also all of African colonial history,’ and by Dinaw Mengestu in the New York Times as a ‘radical retelling of the past’ that ‘is a sublime performance of narrative possibilities,’ House of Stone explores Zimbabwe’s history, from the fall of Rhodesia right through the early years of Zimbabwe, during the Gukurahundi Genocide, to the contemporary moment in the year 2007, going back in memory to the arrival of Rhodes and his British South Africa Company in the late 19th Century.  The work is a densely peopled, darkly humorous, telling of Zimbabwe’s various stories, of how violent histories force the making and unmaking of kinship and ancestry in such strange, revelatory ways. 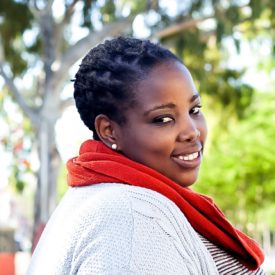