Flags: The Power And The Politics

Flags represent the politics of high power as well as those of the mob. They are symbols that unite and divide, emblems that some rally round or even die for. What does ours mean and how is it brandished today? Nick Groom, author of The Union Jack, explores the history and identity of our Union Jack with broadcaster Dharshini David and journalist Tim Marshall, and reveal how political and national identities are forged by our flags.

Nick Groom is an academic and writer. He is Professor in English at the University of Exeter and has written widely on literature, music, and contemporary art. He is the author of a dozen books and editions, including The Forger’s Shadow (2002), The Gothic (2012), and The Seasons (2013). 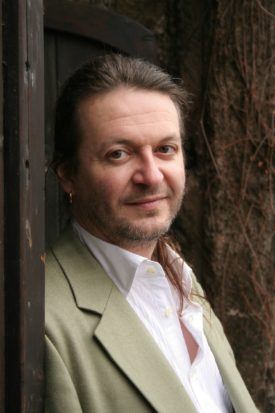