Home > Events > Meena Kandasamy – “When I Hit You” at Waterstones London

Meena Kandasamy – “When I Hit You” at Waterstones London

Meena Kandasamy is widely recognised as one of India’s boldest young writers; her debut novel The Gyspy Goddess was longlisted for The Dylan Thomas Prize and The DSC Prize for South Asian Literature. Her second novel When I Hit You: Or the Portrait of the Writer as a Young Wife is a fierce and provocative look at domestic violence, gender politics and marriage in Modern India. It has been praised by #Readwomen as ‘probably one of the most important and shocking and poetic books of 2017’. 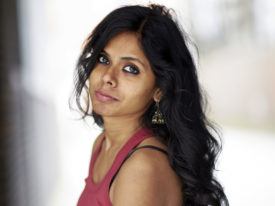