Writer Lucy Moore reveals the struggles and joys of an ordinary woman fighting to keep her family together in mid-17th-century England.

Moore has taken Ann Fanshawe’s surviving receipt book – a feature of the time in which women recorded life-saving medical knowledge learned from friends and family – and the memoirs she wrote for her son to show how she fought to protect her loved ones. Ann’s husband was a Royalist diplomat dedicated to the return of the Stuart monarchy and their lives were in constant jeopardy.

Moore was voted one of the top 20 young writers in Britain by the Independent on Sunday in 2001. Her books include Maharanis: The Lives & Times of Three Generations of Indian Princesses and Liberty: The Lives and Times of Six Women in Revolutionary France. 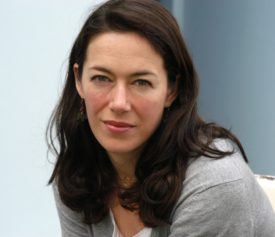