Starting his career behind the camera lens, tech expert and petrolhead Jon Bentley took the wheel as Producer, then Executive Producer of BBC2’s Top Gear (ever seen a celebrity take the Bentley Bend on the Top Gear test track? Yep, that’s named after him!) and later produced Fifth Gear.

Jon moved in front of the camera in 2004 as one of the presenters of The Gadget Show and has been one of the faces of the UK’s best-known tech consumer show ever since. He also pens regular columns for Classic Car Weekly and Amateur Photographer – and has written for the London Evening Standard, the Daily Telegraph, Top Gear Magazine, MSN and CNET UK.

Join Jon as he combines his two great passions to discuss Autopia: A Tour of the Future of Cars. 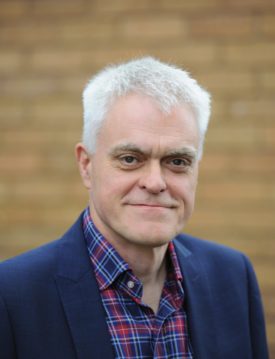