From the voices of protesters to the encroachment of a new fascism, everywhere we look power is revealed. Spouse to spouse, soldier to citizen, looker to gazed upon, power is never static: it is either demonstrated or deployed. Its hoarding is itself a demonstration. Freeman’s Power is an anthology of writings on the nature of power in the unstable contemporary.

To celebrate the launch of the annual we have invited John Freeman, former editor of Granta and author of How to Read a Novelist, Tales of Two Cities, Tales of Two Americas and Maps and editor of the anthology Freeman’s Power to discuss the dynamics of contemporary power. Joining him is Tahmima Anam, Nimmi Gowrinathan and Elif Shafak.

Join us for a captivating evening which will cover our strange and tumultuous era and explore the function and dynamics of power in an era of change and struggle.

John Freeman was the editor of Granta until 2013. His books include How to Read a Novelist, Tales of Two Cities, Tales of Two Americas, and Maps, his debut collection of poems. 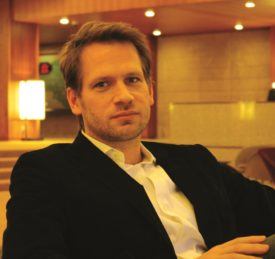