In 1621, fifty-six English women crossed the Atlantic in response to the Virginia Company of London’s call for maids ‘young and uncorrupt’ to make wives for the planters of its new colony in Virginia. The English had settled there just fourteen years previously and the company hoped to root its unruly menfolk to the land with ties of family and children.

While the women travelled of their own accord, the company was in effect selling them at a profit for a bride price of 150 lbs of tobacco for each woman sold. The rewards would flow to investors in the near-bankrupt company. But what did the women want from the enterprise? Why did they agree to make the dangerous crossing to a wild and dangerous land, where six out of seven European settlers died within their first few years – from dysentery, typhoid, salt water poisoning and periodic skirmishes with the native population? And what happened to them in the end?

Delving into company records and original sources on both sides of the Atlantic, Jennifer Potter tracks these forgotten women of America’s early history as they travel from their homes in England into a perilous and uncertain future. 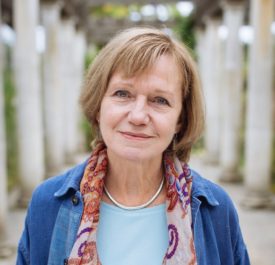