Home > Books > Science, Health & Medicine > We Won't Back Down

We Won't Back Down

On the road with Orica-GreenEDGE

With major wins in the bag from its first year of racing, Orica-GreenEDGE, Australia’s first professional men and women’s international road cycling team, has already made its mark at the highest levels of international competition.

This is the story of that year as told through the images of the photographers who have followed the team since its launch, with words from Rupert Guinness, Australia’s foremost cycling journalist. Taking readers into the heart of the team, this behind the scenes portrait records the highs and lows of the inaugural year, the very special team personality, and the races won and lost.

Big, beautiful and revealing, We Won’t Back Down is a book for every cycling fan. 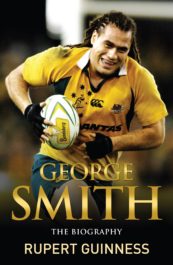