Home > Books > HBJ > The Reporter and the Warlords

The Reporter and the Warlords

An Australian at large in China's republican revolution

Set against the turbulent background of China in the first half of the 20th Century, this reads like a romantic novel; but it’s a true story. The reporter is the intrepid Australian journalist Will Donald, who arrived in Hong Kong in 1903 and by 1908 was Managing Editor of the China Mail.

As a freelance journalist based in Shanghai, Donald then became advisor to a number of influential public figures, including Sun Yat-Sen and Chiang Kai-Shek, entangling himself in their power struggles. He participated in the armed struggle to overthrow the last emperor of China and then wrote proclamations for Sun Yat-Sen, who ultimately became Provisional President of the Republic of China.

Will Donald’s most intriguing alliance was with the swashbuckling Manchurian warlord and morphine-addicted womaniser, Zhang Xueliang. The lives of these two extraordinary men became entwined over the decades and provide a compelling narrative. The role of both Australian and American advisors in these events has a particularly modern resonance. 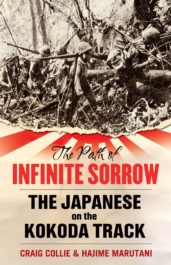