Author of the 2021 Booker Prize-winning novel THE PROMISE

FROM THE BOOKER PRIZE-WINNING AUTHOR OF THE PROMISE

A breathtaking parable of death and deception from the Booker Prize-winning author.

On a lonely stretch of road a nameless man commits a murder. The victim is a religious minister on his way to take up a post in a nearby town. The murderer decides to steal the dead man’s identity in order to conceal the crime. But one of his first duties as the new minister is to bury a body that has just been discovered in suspicious circumstances. As the corpse is laid to rest the manhunt begins…

In The Quarry, Galgut’s tender prose combines with the power of myth to create a devastating drama, alive with tension. 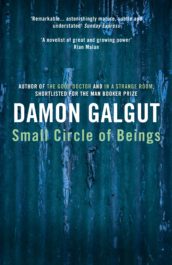