In this definitive collection, Edgar Award-winning editor Otto Penzler selects a multifarious mix from across the entire history of the locked room story, which should form the cornerstone of any crime reader’s library.

The purest kind of detective story involves a crime solved by observation and deduction, rather than luck, coincidence or confession. The supreme form of detection involves the explanation of an impossible crime, whether the sort of vanishing act that would make Houdini proud, a murder that leaves no visible trace, or the most unlikely villain imaginable. 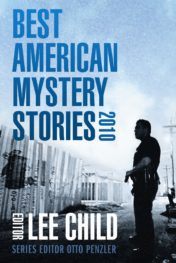