As twenty-year veteran Joe Rizzo edges closer to retirement, things only seem to get more difficult: having promised his wife he’d quit smoking, he’s working the most baffling case of his career, with a new partner to boot.

Robert Lauria was practically a hermit, and was dead ten days before anyone found him. Fired from his job as a shoe salesman weeks ago, he rarely left his apartment and had no visitors except his cousin, who says she hardly knew him. So who strangled him late one night as he made tea in the kitchen in his pajamas? And could there be a connection to the headline-grabbing murder of a Broadway producer a day earlier?

Rizzo and his new partner, Priscilla Jackson, carefully comb through the life of this forgotten man, even though their superiors have already put the case on the back burner. Tasked with navigating the twin labyrinths of the truth and NYPD politics, they must find the killer and bring him to justice.

And what they discover along the way will surprise everyone. 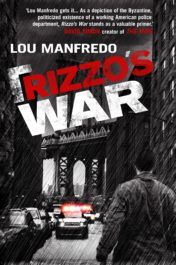