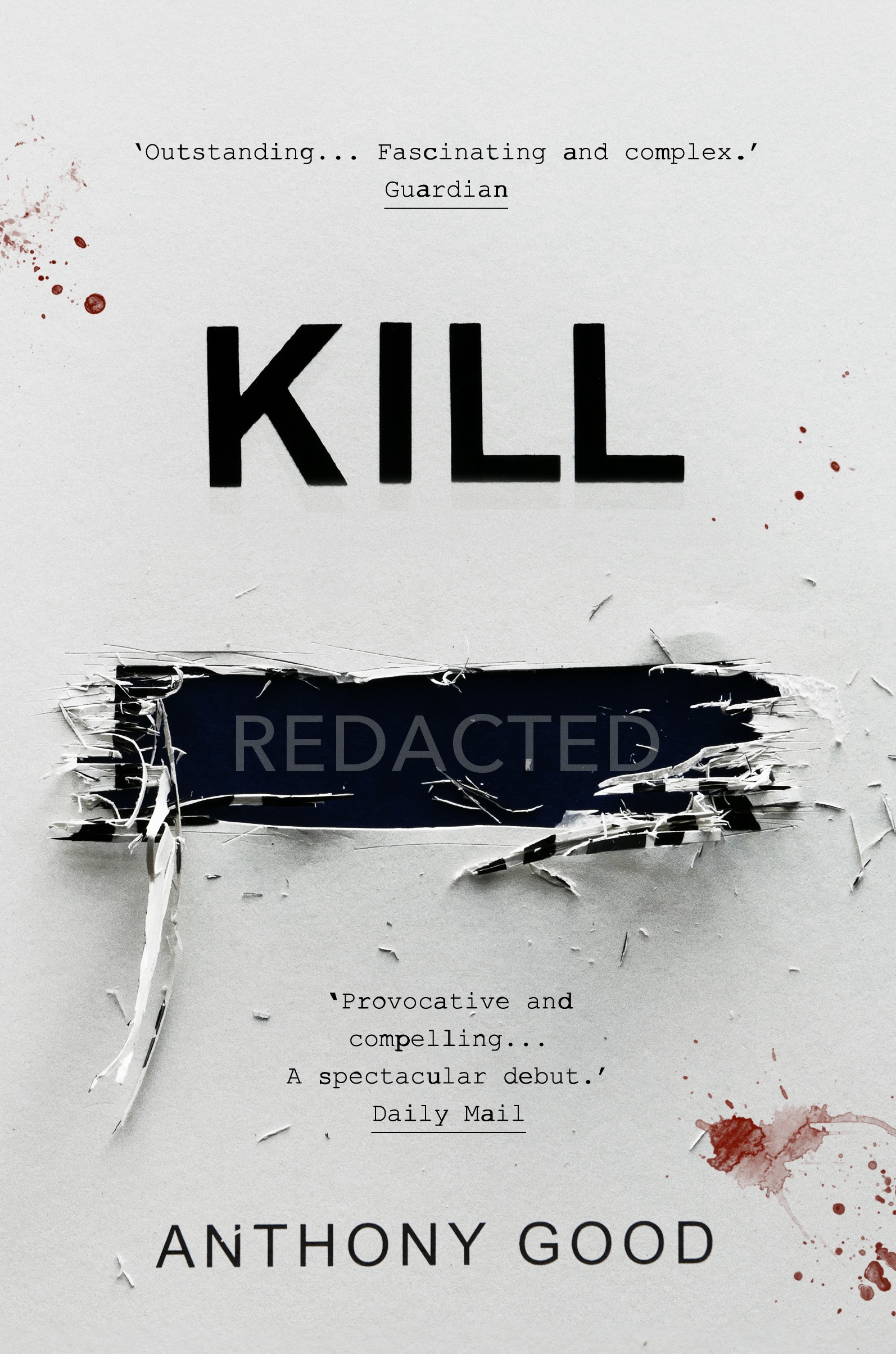 ‘Provocative and compelling, it is a spectacular debut’ – Daily Mail

Michael lost his wife in a terrorist attack on a London train. Since then, he has been seeing a therapist to help him come to terms with his grief – and his anger. He can’t get over the fact that the man he holds responsible has seemingly got away scot-free. He doesn’t blame the bombers, who he considers only as the logical conclusion to a long chain of events. No, to Michael’s mind, the ultimate cause is the politician whose cynical policies have had such deadly impact abroad. His therapist suggests that he write his feelings down to help him forgive and move on, but as a retired headteacher, Michael believes that for every crime there should be a fitting punishment – and so in the pages of his diary he begins to set out the case for, and set about committing, murder.

Waltzing through the darkling journal of a brilliant mind put to serious misuse, Kill [redacted] is a powerful and provocative exploration of the contours of grief and the limits of moral justice, and a blazing condemnation of all those who hold, and abuse, power.