FROM THE WINNER OF THE MAN BOOKER PRIZE 2014

Once upon a time that was called 1828, before all the living things on the land and the fishes in the sea were destroyed, there was a man named William Buelow Gould, a convict in Van Dieman’s Land who fell in love with a black woman and discovered too late that to love is not safe. Silly Billy Gould, invader of Australia, liar, murderer, forger, fantasist, condemned to live in the most brutal penal colony in the British Empire, and there ordered to paint a book of fish. Once upon a time, miraculous things happened….

I urge you to read it
Robert MacFarlane, Observer

A truly great book that will be read by serious people long after most of the literary fiction of our time is forgotten
Richard Holloway, Sunday Herald

A masterpiece
John Burnside, The Times 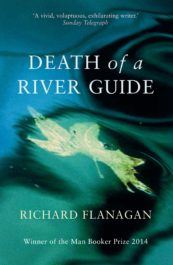