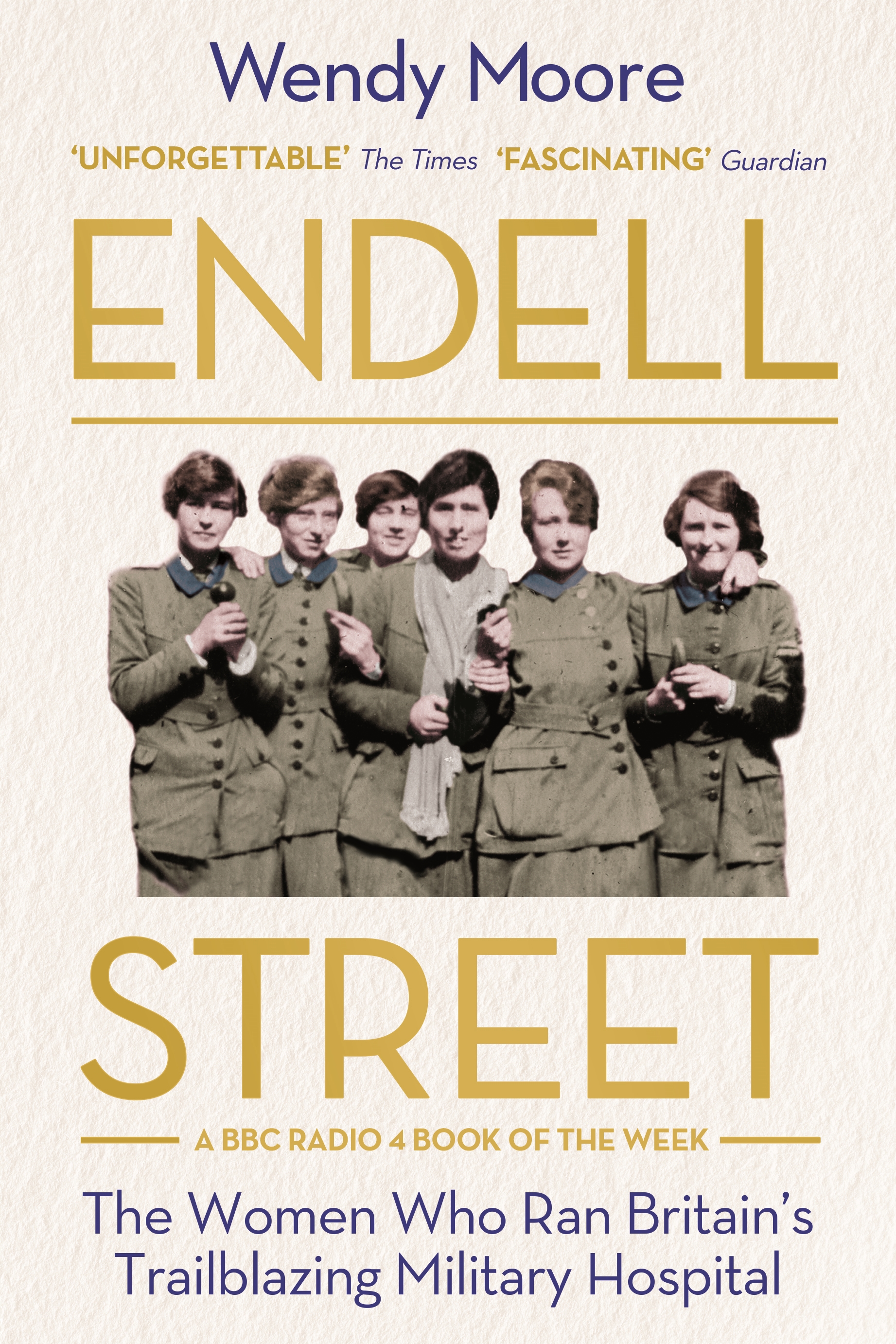 A BBC RADIO 4 BOOK OF THE WEEK

When the First World War broke out, the suffragettes suspended their campaigning and joined the war effort. For pioneering suffragette doctors (and life partners) Flora Murray and Louisa Garrett Anderson that meant moving to France, where they set up two small military hospitals amidst fierce opposition.

Yet their medical and organisational skills were so impressive that in 1915 Flora and Louisa were asked by the War Ministry to return to London and establish a new military hospital in a vast and derelict old workhouse in Covent Garden’s Endell Street. That they did, creating a 573-bed hospital staffed from top to bottom by female surgeons, doctors and nurses, and developing entirely new techniques to deal with the horrific mortar and gas injuries suffered by British soldiers. Receiving 26,000 wounded men over the next four years, Flora and Louisa created such a caring atmosphere that soldiers begged to be sent to Endell Street. And then, following the end of the war and the Spanish Flu outbreak, the hospital was closed and Flora, Louisa and their staff were once again sidelined in the medical profession.

The story of Endell Street provides both a keyhole view into the horrors and thrills of wartime London and a long-overdue tribute to the brilliance and bravery of an extraordinary group of women.