Allen & Unwin is to publish Everest 1922, a new book detailing the dramatic first attempted ascent of Everest in 1922 by acclaimed historian Mick Conefrey. Publisher Ed Faulkner secured World rights (all languages) from Leah Middleton at Marjacq Scripts Ltd in his first acquisition for the imprint.

Though it remains by far the world’s most famous mountain, in recent years Everest’s reputation has changed radically, with long queues of climbers on the Lhotse Face, lurid tales of frozen corpses and piles of high-altitude trash. It wasn’t always like this though. Once Everest was remote and inaccessible, a mysterious place, where only the bravest and most heroic dared to tread.

In Everest 1922, Mick Conefrey goes back to the world before all the queues and commercial operators to tell the tale of the first ever attempt. It’s a story full of drama and incident, populated by an extraordinary set of characters who are both fascinating in their own right and archetypes for future expeditions. Using their diaries, letters, published and unpublished accounts Conefrey creates a rich character driven narrative, exploring the motivations and private dramas of key individuals, while keeping a firm sense of the bigger social and cultural context in which the expedition took place.

The 1922 expedition was the first ascent on the world’s tallest mountain and it was the first to use bottled oxygen to aid mountaineers as they neared the 29,000-ft peak. The trip ended in tragedy when, on their third attempt at reaching the summit and becoming the first ever climbers to go above 26,000 feet, the group were hit by an avalanche and seven men died.

Mick Conefrey is an award-winning writer and documentary maker. He made the landmark BBC series Mountain Men and Icemen and The Race for Everest to mark the 60th anniversary of the first successful ascent. His previous books include Everest 1953, the winner of a LeggiMontagna award, and The Ghosts of K2 which won a US National Outdoor Book award in 2017.

“I am delighted that one of my first acquisitions at Allen & Unwin is Mick Conefrey’s landmark account of the first attempt to climb Mt Everest in 1922.  Arguably, we learn far more from failure than success and this gripping story is destined to become a classic of mountaineering literature.”

“I’m thrilled to be returning to Everest, or its literary slopes at least.  Allen & Unwin is a great name in publishing and I’m really looking forward to working with Ed Faulkner on this project.”

Everest 1922 will publish in hardback and e-book in April 2022 on the Allen & Unwin imprint of Atlantic Books, to tie in with the centenary of the expedition. 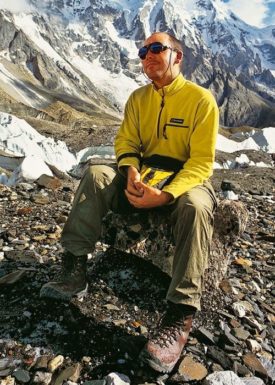