Home > News > Allen & Unwin to publish ‘Not That Bad’, edited by Roxane Gay

Allen & Unwin to publish ‘Not That Bad’, edited by Roxane Gay

In this valuable and timely anthology, cultural critic and bestselling author Roxane Gay collects original and previously published pieces that address what it means to live in a world where women must measure the harassment, violence and aggression they face, and where sexual-abuse survivors are ‘routinely second-guessed, blown off, discredited, denigrated, besmirched, belittled, patronized, mocked, shamed, gaslit, insulted, bullied’ for speaking out.

Highlighting the stories of well-known actors, writers and experts, as well as new voices being published for the first time, Not That Bad covers a wide range of topics and experiences, from an exploration of the rape epidemic embedded in the refugee crisis to first-person accounts of child molestation and street harassment.

It was published in the US by Harper Perennial in May 2018 and became an instant New York Times bestseller.

‘At this particular cultural moment it seems vital to articulate the lingering consequences of sexual abuse, how it can stop a young life in its tracks, and Not That Bad does this with great eloquence. But subject matter aside, the extraordinary thing about this anthology is the quality of the writing – in publishing Not That Bad it feels like we’re launching several significant careers.’

Not That Bad: Dispatches from Rape Culture will be published in trade paperback and eBook by Allen and Unwin on 1 November 2018. 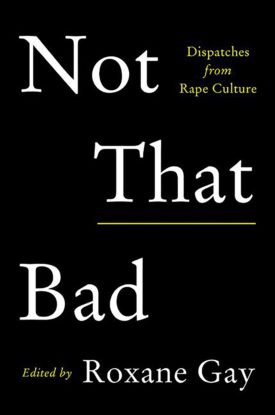