Corvus has acquired the rights to Jar of Hearts, and a second untitled novel, by Jennifer Hillier in a hotly contested and fiercely fought auction.

A chillingly compelling tale of murder, betrayal and the terrible secrets of the past that live on despite all attempts to silence them, Jar of Hearts focuses on the fall-out from a single night, 20 years before the story starts…

Geo’s world has come crashing down; Calvin, her ex-boyfriend, has been revealed as the deadly serial killer the Sweetbay Strangler. Geo is convicted, devastatingly, of helping him to cover up a long-unsolved murder – that of her best friend, Angela.

Aged 35, Geo is released from prison to try and start over. But while Geo did her time, Calvin escaped from custody and went on the run. And now someone has started killing people, using the same markers as the old murders… Everyone thinks they know the truth, but everything turns on what really happened that tragic night almost 20 years ago. As dark secrets are revealed, uncovering more buried deep within, is it too late for anyone, Geo included, to survive the truth?

‘Page-turning and completely compulsive, Jar of Hearts had me at page one and never let go. An utterly addictive, immersive read. I loved it!’

‘I am delighted to be working with the wonderful team at Corvus to bring Jar of Hearts to the UK market. I’ve never been more excited to release a book, and I was absolutely thrilled when I got the news that Corvus would be publishing Jar of Hearts in the UK. Thank you for believing in this book.’

Will Atkinson, Managing Director of Atlantic, declared that it is ‘such a gripping and exciting read! Jar of Hearts deserves to be a bestseller in the UK and beyond – and we will fight tooth-and-nail to make that happen.’

Corvus will publish Jar of Hearts in June 2018, with a paperback to follow later that year. 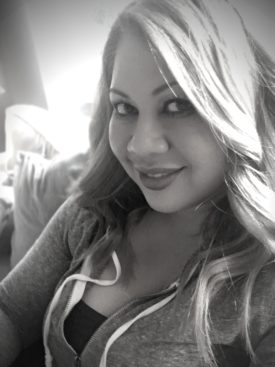