Zbigniew Herbert (1924-1998) was a spiritual leader of the anticommunist movement in Poland. His work has been translated into almost every European language, and he won numerous prizes including the Jerusalem Prize and the T. S. Eliot Prize. His books include Selected Poems, Report from the Besieged City and Other Poems, Mr Cognito, Still Life with a Bridle, and King of the Ants.

This volume is edited and translated from the Polish by Alissa Valles, with additional translations by Czeslaw Milosz and Peter Dale Scott, and an introduction by Adam Zagajewski. 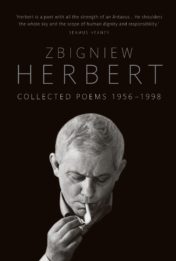