In No One Left to Lie To, a blistering polemic which shows that Clinton was at once philanderer and philistine, crooked and corrupt, Hitchens challenges perceptions – of liberals and conservatives alike – of this highly divisive figure.

In The Missionary Position, Hitchens unmasks pseudo-miracles, questions Mother Teresa’s fitness to adjudicate on matters of sex and reproduction, and reports on a version of saintly ubiquity which affords genial relations with dictators, corrupt tycoons and convicted frauds. In its caustic iconoclasm and unsparing wit, showcases the devastating effect of Hitchens’ writing at its polemical best.

In The Trial of Henry Kissinger, Hitchens goes straight for the jugular. Under his fearsome gaze, Kissinger is accused of being a war criminal whose reckless actions and heinous disregard for international law have led to torture, kidnapping, and murder.

On No One Left To Lie To: You don't buy Christopher Hitchens's book because you want to find out whether Bill Clinton is really as terrible a liar as some people say he is. You buy it because you know he is a terrible liar, and the invitation to have a pungent fellow like Hitchens confirm every prejudice you ever had on the subject, plus a few you might not even have known you had, is an invitation you cannot resist.Louis Menand
New York Times

On The Missionary Position: A dirty job but someone had to do it. By the end of this elegantly written, brilliantly argued piece of polemic, it is not looking good for Mother Teresa.
Sunday Times

On The Trial of Henry Kissinger: This is a disturbing glimpse into the dark side of American power, whose consequences in remote corners of the globe are all too often ignored. Its countless victims have found an impassioned and skilful advocate in Christopher Hitchens.
Sunday Times 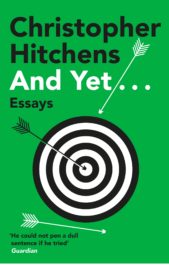